I have been a VM customer for just over 3 years & have been very happy with service so far. Recently the adjoining house (semi detached houses) had a VM installation carried out. After the installation was completed I see that the engineers have damaged my garden wall & exposed my existing VM cable. Whilst drilling through the wall part of a brick at ground level has broken away & was left on the pavement. I made several complaints via my account with no response what so ever. In fact I received an email to say they had tried ringing. They did not, I have a phone which saves last 20 numbers, in fact with VM voicemail they should have left a message. I did ring & spoke with a lady (28/1/21) who promised to get someone out. A guy from 'Kier' came out the next day (no notice just turned up) he accepted that engineers had damaged the wall, he stated he could repair this & said he used to be a bricklayer (really) I ageed if the repair was acceptable he could rectify it, he promised to come back on 2/2/21, and of course he never showed up. I made a further complaint via my account & still no one has contacted me. In fact I dont want this guy back now I would like a VM manager to come out & agree with me how we can rectify this damage. I am more annoyed now with VM lack of response than I am with the damage to the wall. May I suggest getting an estimate from a local builder & sending the bill to VM.

Kind Regards to all sorry for the long post. 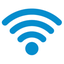 Sorry about this. Will flag this thread so someone from VM may see it.

Hi
Thanks for that, being new to this I wasn't sure if I should just wait.
0 Kudos
Reply

Yeah due to the current circumstances, they may take up to 4 days to reply. You should hopefully get one soon.

Hi phil581, thanks for the message and are sorry to hear about the damage which has occured. I will send you a private message so that this can be looked into further for you. Chris