I signed up to the bigger bundle + sports over the phone a couple of weeks ago and asked a number of times for confirmation that this included all Sky Sports channels in HD as well as BT Sport in HD. As a new customer this was the reason we were signing up as it is important to us to have all sports in HD. I chose to do this over the phone as I wanted to be sure Sky Sports and BT Sport were both included in HD as I had seen a number of posts in this forum where people had issues with Sky Sports HD not being added to their bundle. I even mentioned the forum posts to the person I was speaking to (a lady called Gemma) as I was concerned about this and I was reassured that they were all included.

I was advised that I would receive the contract via email to confirm this however I didn't ever receive an email. I called up twice to find out what was happening after a week to find my email address hadn't been added to my account which is why I hadn't receive the email. I asked for this to be added and the email resent twice which virgin confirmed they had done however I still haven't received the email?

I have now received the box which is working fine however sky sports HD has not been added which is really disappointing after clarifying this multiple times.

Please can someone help me to get this resolved? I really can't take being on hold again for multiple hours to get through to someone on the phone, especially when on 2 occasions the line cut out and nobody called me back so I had to start again.

Thank you for reaching out to us in our community, I am sorry to hear you weren't aware Sky sports HD is a separate service. this is an additional £7 per month, I can add this for you

So I can help further I will send you an invite into a private chat, please click on the purple envelope to accept.

I have a similar offer and on your website it does say Sky channels in HD. It does not say "not all". This is false advertising. I need to have HD enabled too. That's what I signed up for. 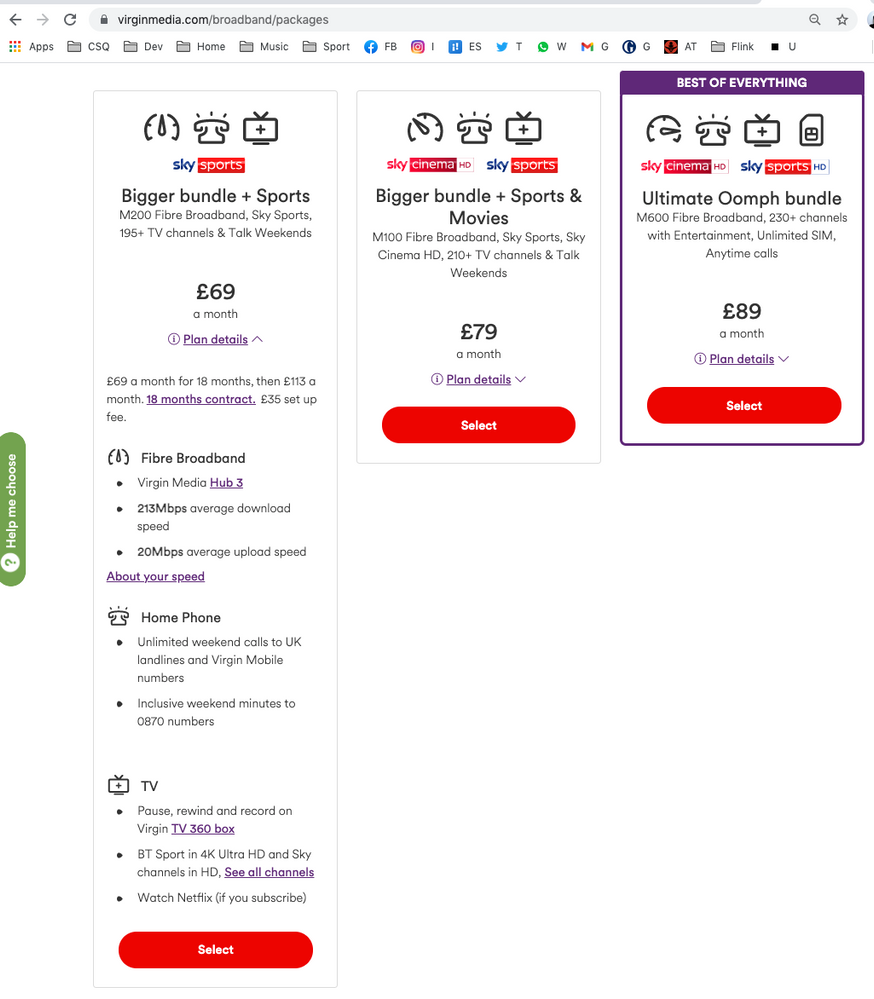 The page you were on shows, " BT Sport in 4K Ultra HD and Sky channels in HD, See all channels"

It's very easy to think it means that all Sky channels are in HD, however it doesn't specifically mention Sky Sports channels in HD.

After inputting your address details the next page  https://www.virginmedia.com/join/review  shows Sky Sports and not Sky Sports HD  (under Show package details) This means the Sky Sports are only in SD, so it would cost a further £7 per month for the HD version. 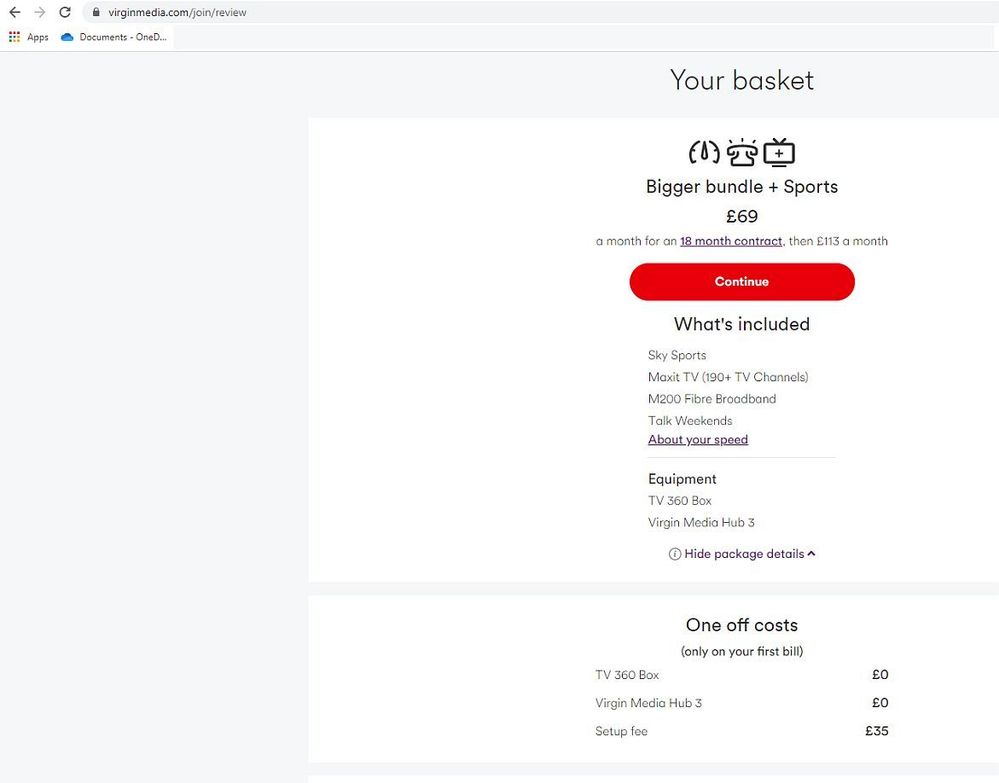 Problem Solved? Click to mark as a Helpful Answer or use Kudos to say thanks for a useful post