Any update on this... I've just hit the same problem.

Would seem to be a glitch with google chrome, I used edge and it let me log in to my account, no thanks to VM all the same.

Ian, are you using the latest version of Microsoft Edge? It now uses the Chromium engine on which Google Chrome is also based. However, historically anyway, Chrome, Firefox and other browsers have been more stringent about security issues than their Microsoft counterparts (Internet Explorer, Edge) and generally refuse to connect to servers that do not conform to the latest or next to latest security standards. Microsoft browsers have been lax in this area in the past.

I haven't tried this out myself with Chrome, Firefox and Edge as I use alternative mail clients to access my VM (ntlworld.com) e-mail but my wife has been having problems so I may look into it tomorrow.

In summary, it may not be "a glitch with Google Chrome" but rather a weakness in both Microsoft Edge and the VM servers.

Thanks for your post, I am sorry you are having issues. Can you give us some more info? Is this with accessing your email and is this webmail you are using?

Any updates regarding this issue? I have contacted Virgin media support but they were unable to resolve the issue, I was only told that my "old" account is no longer in use and i need to create a new account. New account been created but still unable to log in.

Any chance of an update on this ongoing issue??

Two weeks ago you posted that you would keep this thread up to date on the issues. I, and I assume many others are still having major problems accessing their account! Every TUESDAY for the past four weeks I lose access to my email on my mobile devices, every WEDNESDAY morning I have to reset my account password, I can do this because the bookmark on my PC desktop still works?? BUT today I am now getting a SECURITY CONNECTION ERROR message on my phone, and even with a password change this morning I cannot access any emails.

One more time PLEASE can we have an update on what the issue is and how long you expect it to go on for.

I'm deaf & my neighbour's away so I'm unable to use the phone and am restricted to using e-mail & online message. I tried to register my account in order to make a change to my virginmedia package.

I just noted this message. I've decided to post screenshot of my issues below, hopefully it could be resolved. 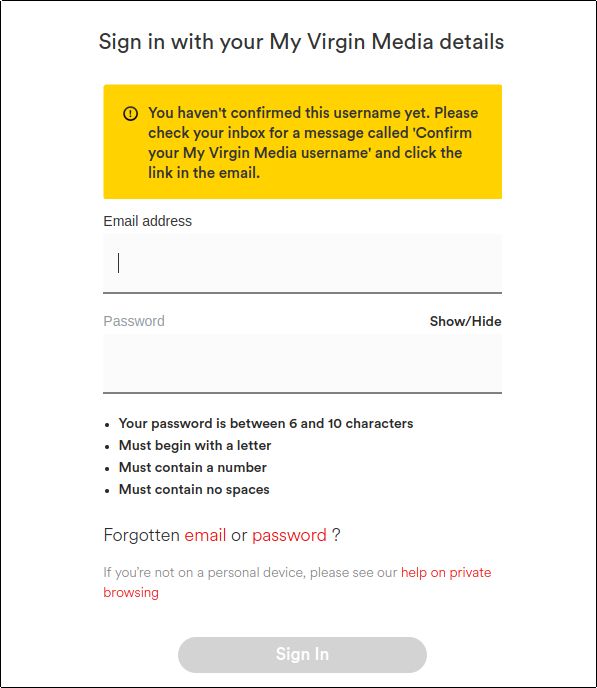 I have not received the purported e-mail. 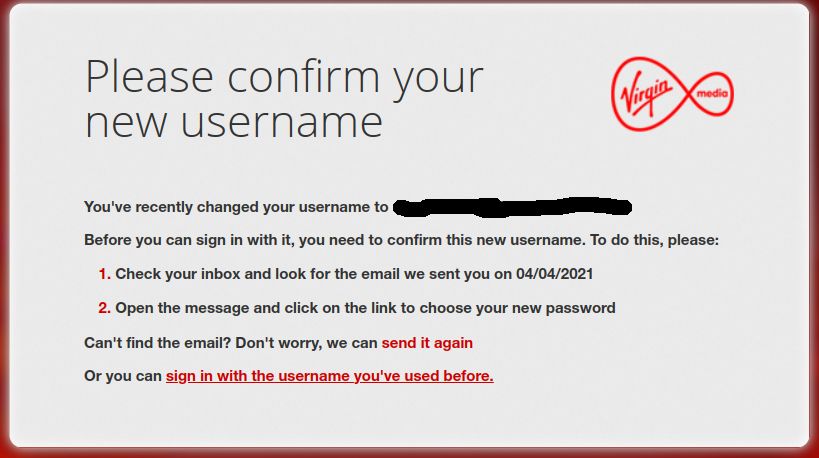 I clicked on 'send it again' link that led to the below message: 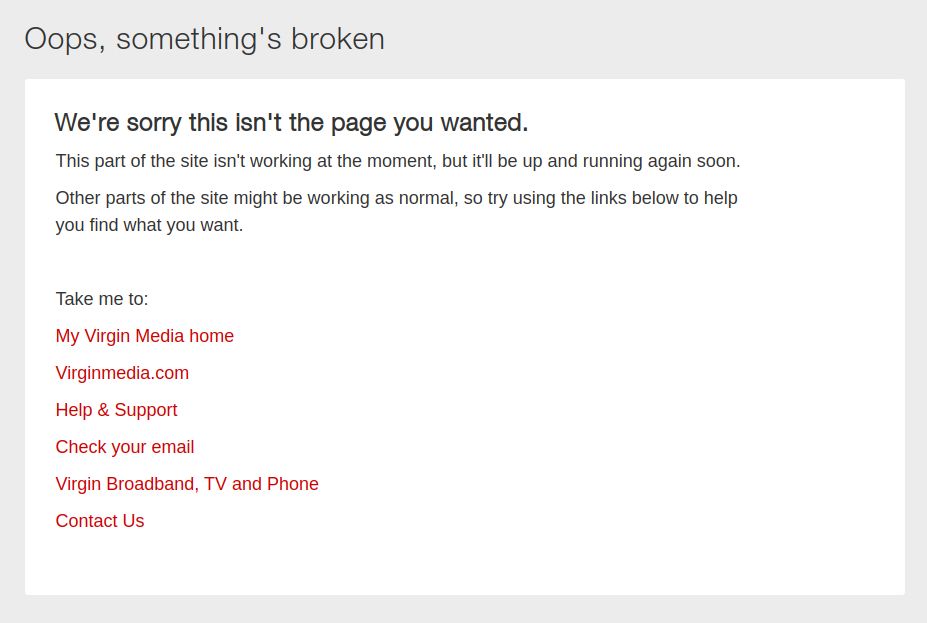