I was having wifi dropping issues and was recommended a free upgrade to a superhub 3. This was sent to me and I set it up fine. THEN I was billed £5 for its "installation" despite the order saying it was all free. I wrote to complain and no one replied. A month later I got a letter claiming they'd failed to get in touch with me, despite me providing email address and obviously they have my landline number.

In exasperation I've since written in another complaint and nothing has been done. I tried complaining using the chat service but they can't look at a bill older than the current one.

As I'm paying direct debit, the money is gone from my account obviously.

I'm just really annoyed that it appears no human being has bothered to look at the bill and seen the extra charge and refunded it. It seems like a petty detail but it was NOT on the order for the replacement Superhub3 so I cannot see why they would charge me for an installation that was essentially me unplugging the old hub and plugging in the new one myself.

So I've come here to complain in the hope that someone will bother to get in touch by email/direct message and sort out the unexpected charge and refund me. 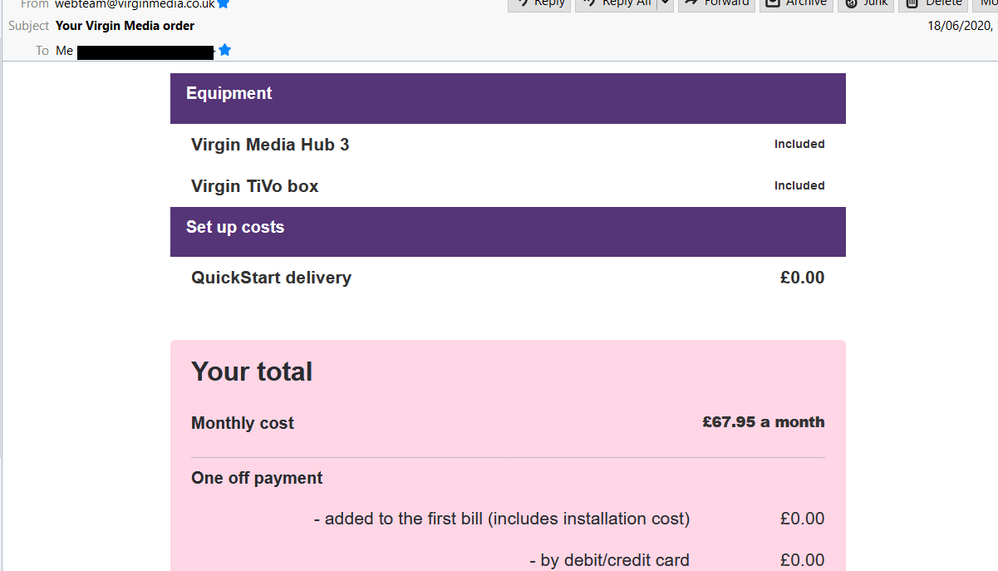 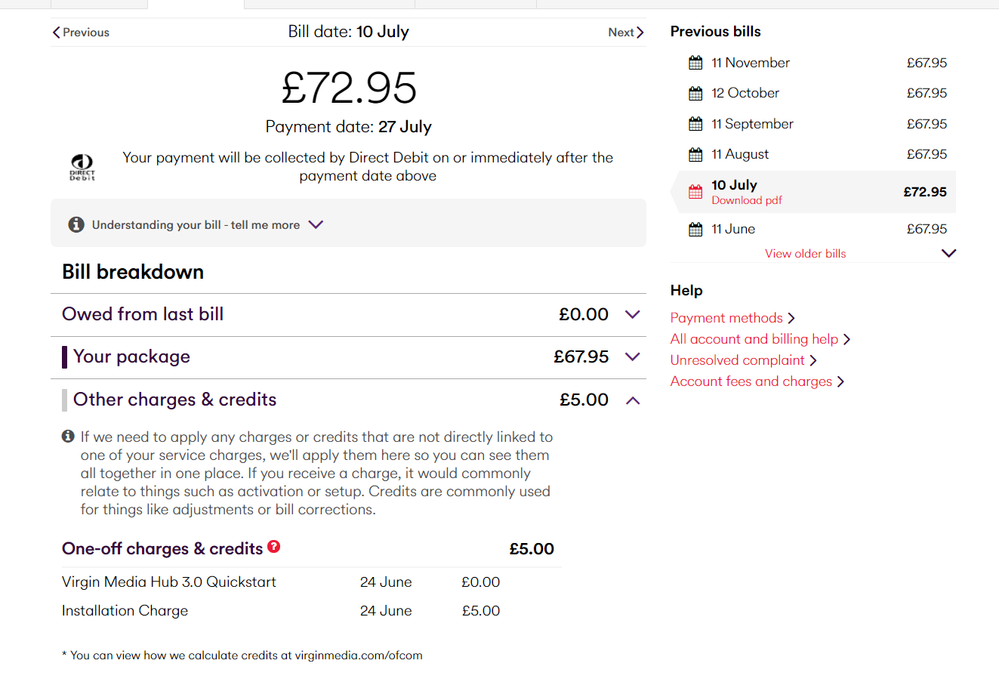 Yeah well they said it was an installation charge and it wasn't listed on the order where it says "Quickstart delivery £0". So I'm still not impressed. Free upgrade, during a lockdown should not involve me having to go collect a Superhub! 😞

They have also failed to respond to two complaints on the issue.

The quickstart delivery would be £0 but for the home delivery instead of click and collect it would be £5 delivery.