having renewed my membership  at the beginning of November and making several phone calls I finally received my activation code on the 10th December.

I clicked the link in the email that took me to  the activation site , I entered the code provided and got the reply that this code had already been used 😠

now its the 23rd dec and still nothing ,anyone having these issues ?

I am sorry to hear that you have had some issues with your code for amazon prime.

I just wanted to check in and see how things have gone since your post? Have we been able to advise a new code or offer an alternative?

have heard nothing , so not resolved

Thank you for coming back to me.

Are you able to provide us with a screen shot of were this was offered in your contract?  (please be sure to blank out any personal information) 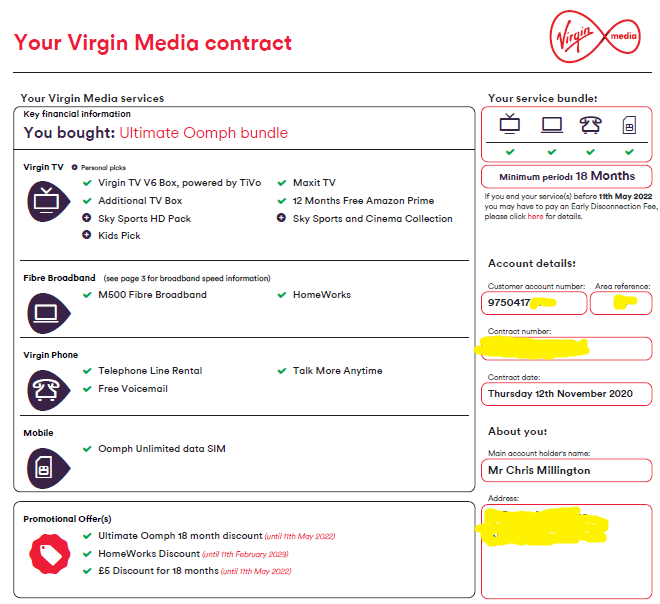 Sorry for the delayed reply.

I can confirm that my problem has been resolved , thanks for the mod's in this community 😀

Hi . I have had the exact same problem.  Signed a new contract on 9th of October.  Received voucher on 15th of December and it said voucher expired.  Phoned Amazon who said  it was a VM problem. Phoned VM to complain and they said they would have to email the relevent department and they would contact me and  I am  still waiting  on my reply . Anyone else had this problem ?.

Thanks for using the forums to get this issue with your Amazon Prime voucher looked into, I am sorry if this has been causing some frustration.

I have had a quick look into your services before responding to you and can see someone from the complaints department has already spoken to you about this.

Can you confirm if this issue has now been resolved?

Yes  .  Got the complaint  resolved.  Many thanks  for getting  in touch.