A multi-handset DECT cordless phone system is an awful lot easier than trying to sort out a phone extension.

you do not need to disconnect the BT cable. you only need to
1) remove your own extension from the BT master socket
2) unplug the faceplate that should disconnect your extensions from the BT network.

BEWARE OF SCAMMERS SAYING THEY WORK FOR VM. Do not give any personal or account information over unless the person has the VM Logo next to their username.

Quote: "you do not need to disconnect the BT cable. you only need to
1) remove your own extension from the BT master socket
2) unplug the faceplate that should disconnect your extensions from the BT network."

That's true for those folks who have a BT NTE5 Master Socket and a standard fit from around the mid-late 70's (i.e. the vast majority of folks).

We didn't have a BT Master Socket, we had something dating from the 1950/60's that looked something like this (except that there were more wired extensions running off this box and the connections from the drop wire had jelly connectors like those in the picture below). 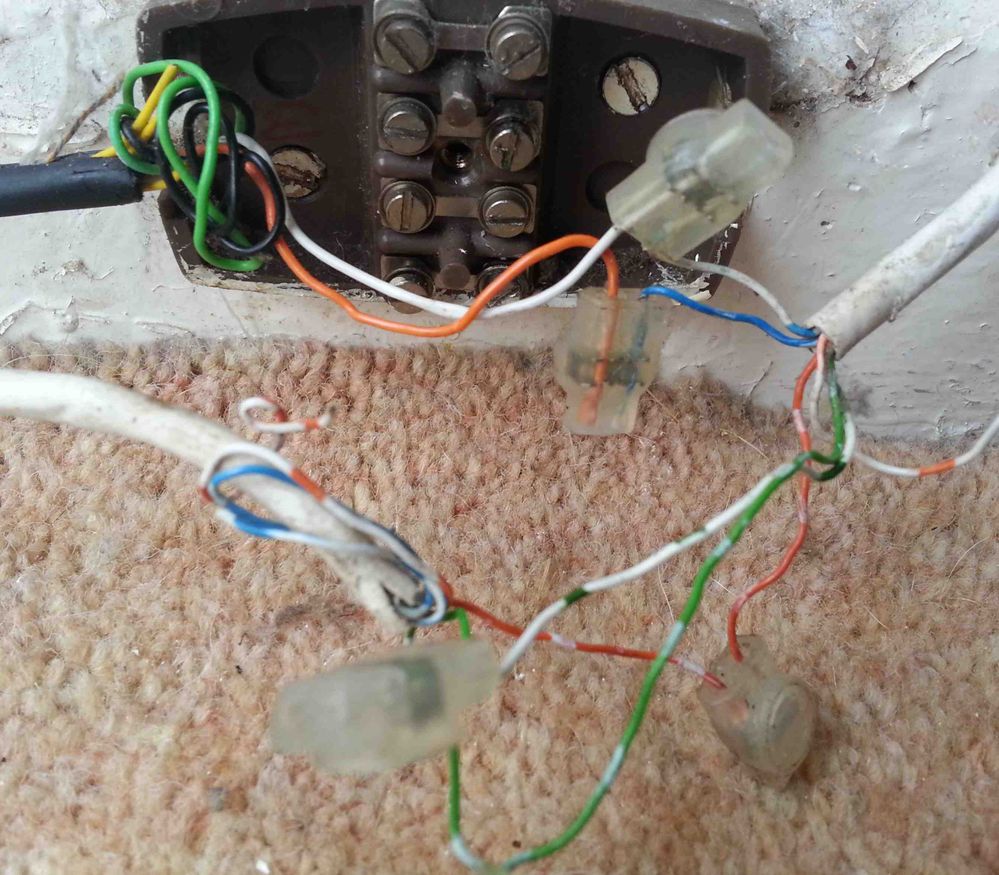 Our junction box/master socket was longer and thinner than this with a lot less space and all of the cabling - both to the BT drop wire and the wire for the extension sockets is buried in the plaster.  There were no surface-mounted cables to trace.  I'll refer to this box as Box B.

A more representitive picture is this one (a GPO Bakelite 20/4) although I don't think it is quite the same - ours seems to be a bit longer: 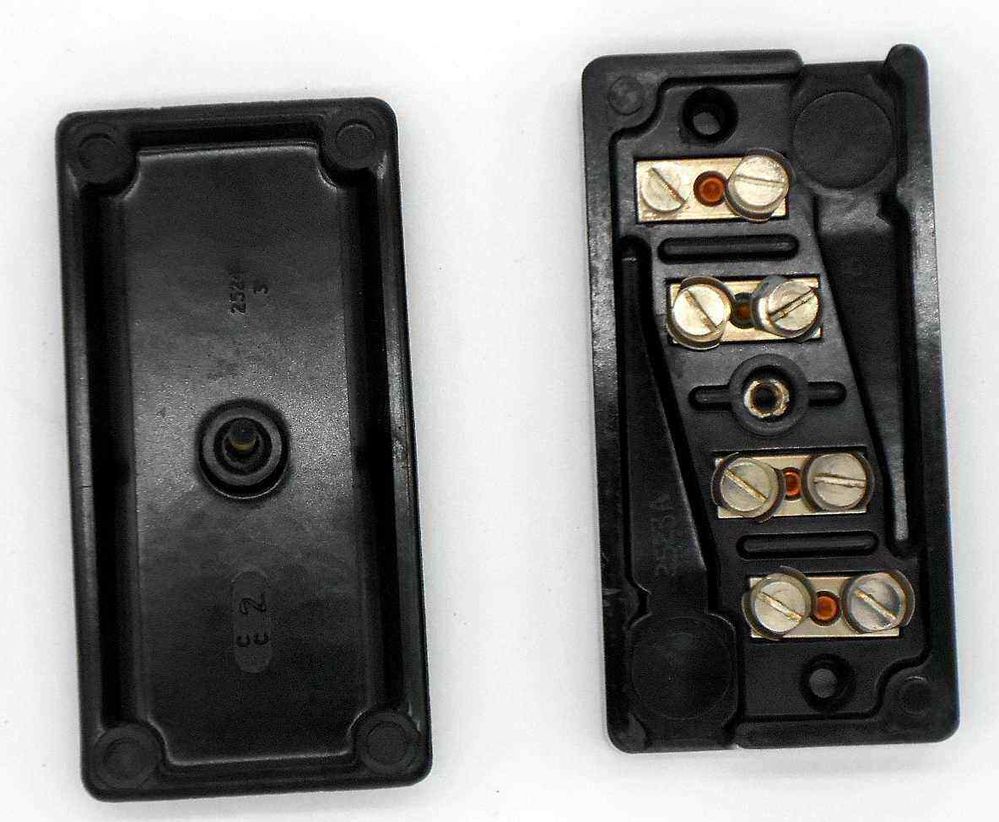 Even then, the BT drop wire came into the house somewhere else and went to a different, smaller, more modern junction box (I'll call this Box A) and then straight out again (no extensions) - presumably to go straight to the box mentioned above.

As such, I didn't know if the drop wire actually went to the long thin box first (Box B) or somewhere else as the cable disappeared into the house to be hidden by plaster, which is why it was disconnected at the first junction box (Box A).

Seemed safer to disconnect the drop wire inside the first (more modern) junction box (A).

PS - don't know why the pictures are showing as fuzzy yellow triangles but when you click on them, they seem to work.

Links below pictures have the source

Hi Zaph, we can arrange a tech visit for this - if you'd like that to be arranged please respond to my PM requesting some info & we'll take it from there.

I'm puzzled.  A Tech Visit for what?

All wired extension sockets are working.

Only issue is that I have slow speed over WiFi (less than 50Mbps) on a M100 package.

I'm honestly surprised that Virgin (and also "BT Compatible" providers) haven't done this sooner. 10 years ago I remember saying "they won't build houses with NTE5 sockets in 5 years time" and it looks like I was right. They are totally unnecessary. I have never been with Virgin/Cable before, always forced due to the area I live in to use a BT line. When I received my bundle and found that the NTE5 socket was completely dead and the signal went through the router I was both surprised and completely unsurprised at the same time since this technology has existed for some 15 years.

To the original poster you have several options: one is to get "IP phones" and somehow (don't ask me how) enter the Virgin Media VOIP details into them. Check before you buy.

The other (probably more traditional option) is to get DECT phones that have an "add on" so you have the master DECT phone (and it's base station) and all the other phones connect into that.

People really shouldn't be using analog phones in this day and age!!

Just to be clear, all hard-wored phone extensions are now working after a simple re-wire job to the NTE5 BT socket (around post #4 this thread).

I also have several DECT phones (including one in the loft) which are also all working.

That is great news

People really shouldn't be using analog phones in this day and age!!

Except for the fact that in a power cut, most of the BT analogue system still works due to exceptional levels of resiliency and impressive distributed power back up systems.  Good luck with a VM VOIP phone when the mains power goes, because you might as well use the Hogwarts owl post.  For the few people who REALLY need 24/7/52 phone access, VM is not the company to choose.

Note: I'm throwing stones at my own glasshouse here as I'm using a DECT phone on a VM "traditional" line, and I'm stuffed as well when the power goes.

I believe that Openreach is now installing ONTs without a BBU, so it's not just VM.