so, I complained of having a noisy/crackling telephone line. Engineer came out next days. He part replaced the cable in the driveway as he thought that was the issue. He made a test call in the line where he cut it - all was working fine. When he then connected the wires up to the house - no dial tone!  He then said it was the cable in the street my being “black and corroded”.
he then left, leaving me with no phone service!

From further investigation i can probably say that having no dial tone is due to the cables being left unconnected, a bad joint and cables left hanging out of the box in the house and where he joined them underground (see photos attached).  Also, thanks for leaving all the mess and wire off cuts that you can see in the photos! 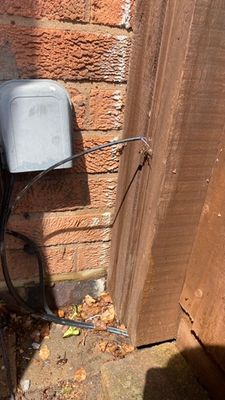 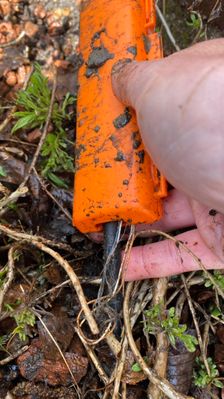 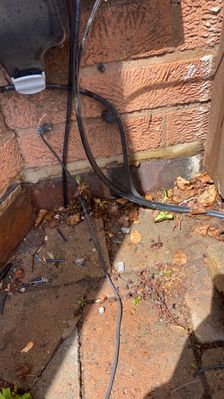 the cable in the street was replaced yesterday, 115 metres. However, this was not then connected into my house - still no phone line!

ive spent 17 phone calls (average 20-30 minutes each) trying to resolve. I was told an engineer would come yesterday but failed to show up. Now I’ve been told someone will come tomorrow - so that’s 3 days off work - and hours on the phone being told someone will call back - NOBODY CALLED ME BACK!

Really not happy with the customer service, nor the way my phone line was disconnected and for me to have to spend this much time trying to resolve!!!

Re: Terrible work - No Phone Line

Some of the photos of poor workmanship which pop up on the forum really are very poor indeed, as well as the way in which some jobs are just 'abandoned' and left in such a poor state by the technician.

I often wonder what is the training and experience of some of these people that are sent out to do repairs for VM. I sometimes think that giving the necessary tools to a young child and asking them to complete the task might result in the same or a better outcome.

@Rsboyo, with any luck someone will come out and complete the job properly for you soon. But take note of the compensation scheme below

It is small change for a short outage and having to take time off work and you may have to fight for it to be applied properly.

Hopefully one of the forum team can chase up the completion of the job for you. They should reply shortly.

Re: Terrible work - No Phone Line

Welcome to the forums and many thanks for your post. I'm very sorry to hear that you have been left without your phone line and to see the mess that was left by our engineer.

I've been able to locate the account from the details you've registered to forums with and can see that the appointment is due to go ahead tomorrow, the exact date and times of which should be visible via your online My VM Account. If they aren't then please do let me know.

From my understanding, it appears the appointment for yesterday was delayed due to the team not having access to the correct length cable needed to carry out the necessary re-pull. I'm sorry that you have been chasing this yourself when there should have been clear communication with you on what exactly has been going on.

As goslow has kindly pointed out, we do have an Automatic Compensation Scheme which covers loss of phone line, and if there are any issues with this please do inform us and we will happily ensure that you are accurately compensated for this experience.

I have also taken the liberty to pass on the photos you have provided to the relevant Area Manager to ensure the job tomorrow is finished properly.