Good luck. I've been having phantom charges on my phonebill since July.

Twice (Aug and then Sept) I was told an engineer had fixed it and it was a mistake on VM side. I'm still seeing billed calls, and last week VM called and confirmed that actually there was no record of any engineer ever coming, and that basically they had lied. Twice.

I've now had an engineer last Thur who assured me he would fix it by "ripping the cables out" as we didn't use the phone line. I'm not seeing calls again, so that clearly didn't actually happen.

I'm escalating my complaints again, but given they've also just emailed and said that my loyalty discounts are finishing in Dec so my bill is going up 15 quid I'm thinking I'll just tell them to get lost, move elsewhere and carry on with the complaint via the independent adjudicator to get any money due sent back to me.

Been a very happy customer for many many years (since NTL days!) but getting so fed up now.

oh and just in case someone from Virginmedia who cares (surely there is still someone?) the relevant complaints are C-090721974 (dates back to july) and C-2009211081 - complaint about failing to fix it under the first complaint. Getting to the point where I might just start calling the numbers my phantom caller is making and telling them how awful VM are at fixing this.

Thank you for your post regarding the on going issue you have been experiencing with your landline and phantom calls. I am so sorry to hear that this is still an issue and that you're thinking of leaving us. I would like to apologise for the frustration this situation has caused.

I'd like to look into what we can do about this, I will send you a private message now to obtain the details required. Please look out for the purple envelope and get back to me when you can.

Hi, I replied to the DM, and you replied saying you've booked an engineer for 27th. As I've replied but not had any further response, we are currently self isolating as we've tested positive so if the engineer doesn't need to come in the house, great but if they do then that's not going to work 😞

The last engineer didn't come in and said he could sort it at the cab by ripping the cable out. Obviously that didn't work that time - can someone confirm the engineer will not need to come into the house please?|
0 Kudos
Reply

Most landline issues are a fault in the local cabinet

As you are Isolating when the engineer attends just mention this

We would usually need to make sure you are left with a working landline, So all the Engineers needs to do is ask you to check for a dialling tone, which can be done with out the need to enter your home

Hi Gareth, thanks for replying.

I have no phone so I can't check that as I have nothing to plug in. The engineer last week said he'd fix it at the cab, and failed to do that hence my concerns. I was also told they would fix it at the cab in July, and then again in Sept hence my scepticism...

Can you confirm that when I get the text asking if anyone in the house has been diagnosed with COVID that I can reply yes and not have the appointment cancelled? I'm assuming these texts are still happening like they were last week?

but in your first reply you said:

"As you are Isolating when the engineer attends just mention this "

Sounds like that's not possible unless I lie when asked by the text!

I would suggest to reschedule the appointment then

I'm posting here as I've spent (so far, on hold again now) over 3 hours on the phone to VM today, and not made much progress.

I've currently got £600 of calls on my account from the last couple of weeks. None of these were made by us, and now VM have suspended my account and all of our services have stopped working.

We have an engineer coming friday (again, they've failed to fix before) and I had agreement that I'd pay nothing in Dec or Jan while they try to sort this crossed line issues THAT HAS BEEN A PROBLEM SINCE MAY.

I spent 2 hours last night on the phone, and spoke to someone called Karen, and then Josh who after an hour said he had got the money cleared and it would all start working within 3 hrs. Turns out this was another lie, and nothing happened.

This morning after calling 4 times, to get fobbed off by different people I finally got to talk to "Richard" who manually enabled my service so I could at least work this afternoon. Then, at 6pm it stopped working again, and I'm not in the same state - no TV or Broadband

I'm on hold again, to no doubt spend 3 hours getting told lies before giving up. Again.

I just get told I've got to pay the bill, before ending up with a manager who reenables it for a few hours to get rid of me, and then it stops working again.

Complaint is still open, hopefully someone from VM can call me on my mobile linked to my account and sort this. Last time someone from the resolution team called and sorted things. I'm currently being told that they won't talk to me, and they won't tell me their name and I should call again to try later. 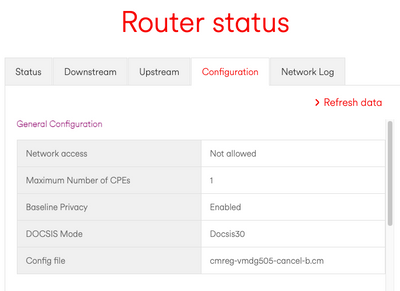