Apex has 2 % packet loss ! Ludicrous... i am paying for 350 mb/s... cool so why am i getting 2% packet loss ? hmm, i changed to virgin to play on a more consistent internet... its unplayable and im fuming, i waited a whole month because you guys delayed me so i was stuck with no internet. Now this... why am i getting this ?


if this doesn't get sorted, you wont be seeing a penny from me!

and dont give me rubbish about it not being virgins fault... i checked the forums and ran the tests ... its a common problem.
hopefully someone sorts something soon 😞 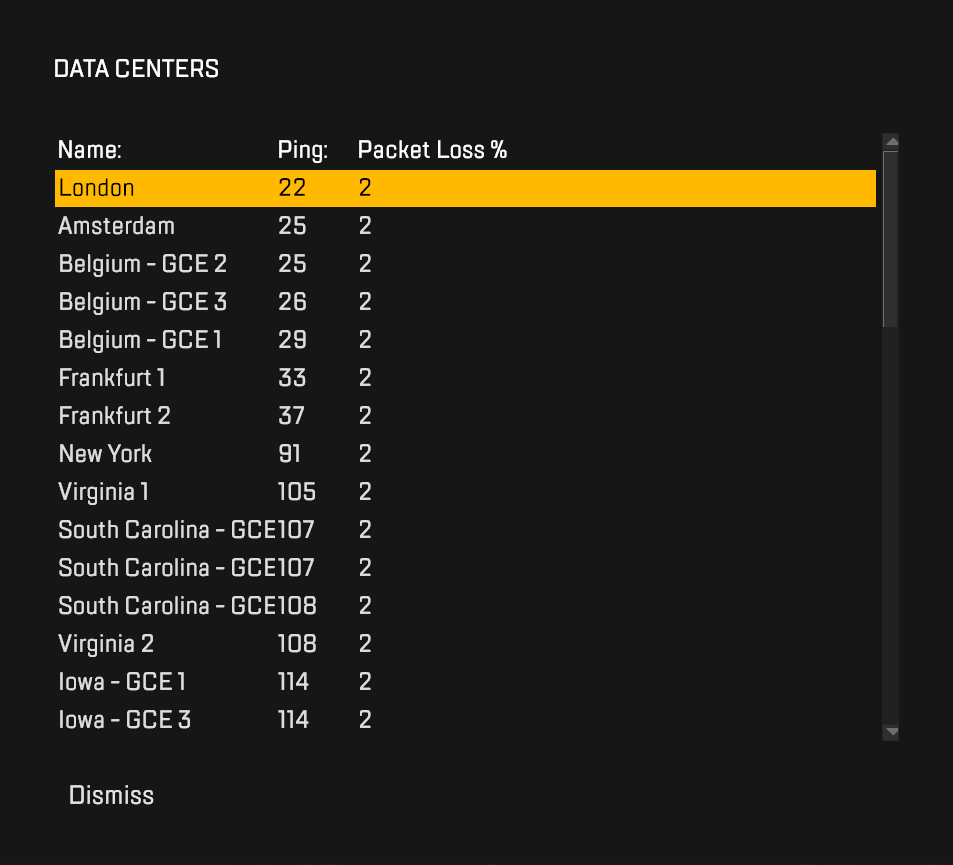 this via wired/wireless?, if wireless can you test via wired.. Would need to check the signal levels if could go to http://192.168.0.1 or if using modem mode http://192.168.100.1 clicking router status top right or bottom of page depending on hub [no need to login - depending on hub] and if could copy/paste the downstream, upstream, network log, don't worry about the formatting we can easily read it.. try and avoid using screen shots.
also if you run ping tests to other domains/sites do you get packet loss?

Your list of packet loss looks like the list of EA gaming servers, and there have been repeated complaints about packet loss connecting to those recently, and not just from VM customers.  The discussions in these forums showed that mostly the packet loss was not on the VM network, so outside their control.  If you want to check packet loss on the VM network, set up a Broadband Quality Monitor at thinkbroadband.com and see what it shows.  It COULD be 2% packet loss on your VM connection, but I doubt that since you'd have other symptoms like inability to stream video, very slow downloads etc.

My guess is that it could be a technical fault with one of the hops of the routing, but I suspect more likely a capacity/connection issue with EA's servers.  So the chances of getting a resolution from VM are nil - they'll say "not our network, not our fault", and they'd be right.  I guess EA will say the same (even though there's a good chance that it IS their fault), and your hopes of either diagnosing the fault, or getting any communication with the companies involved is low.

I know that's not what you want to hear, but I don't see that VM are to blame, nor that they can do much here (unless the BQM does show problems with your connection).  I suspect EA have botched their demand forecasting or load management, and you'll just have to wait for them to provision additional capacity, or for sufficient gamers to migrate to other platforms that the demand comes down.  It is possible that if the capacity problem is in routing, some other ISPs and countries may have no problems - but that's still not VM's fault.

And when you say "you won't be seeing a penny from me", I hope for your sake you don't mean that unless you're out of contract?  If you're still locked into a contract of 12 months or so, and you withhold payment (no matter how justified you think this is) they'll treat that as a bad debt, which will cause you no end of grief, with outcomes like a black mark on your credit history, late payment charges, debt collection agencies, maybe even a summons.

I was having a bad day i think 😄
problem is resolved now, Thank you for the nice replies and the wise words 🙂
i can be a little querulous sometimes, im working on it.
Merry christmas guys 🙂