Does anybody know what is different in this new firmware? My Superhub 3 has just installed it when I rebooted it with the switch at the back.

Maybe it's finally a fix to the latency issues!

RedGooner
Knows their stuff
2,933 Views
Message 3 of 15
Flag for a moderator

Run a Puma 6 test on it, and post the results.

--
Red (VM SH2 AC Beta tester)
Running on 350Mb VM service with SH3 in Modem Mode, with a ASUS RT-AC5300 router. With this setup I get Fantastic WIRED and WIRELESS Signals in my home. I dont work for VM. But I work in IT, and I know my tech.
My advice is at your own risk.
0 Kudos
Reply
Highlighted

zooneylfc
Tuning in
2,925 Views
Message 4 of 15
Flag for a moderator

Got the update after a reboot here too. Didn't seem to update at first, but it rebooted by itself, then I was locked out of the settings for 10-15 mins before being able to see what had happened.

Puma 6 test. Not ideal testing conditions so take with a grain of salt - (modem mode, connected via ethernet/powerline while others were accessing via wifi.) 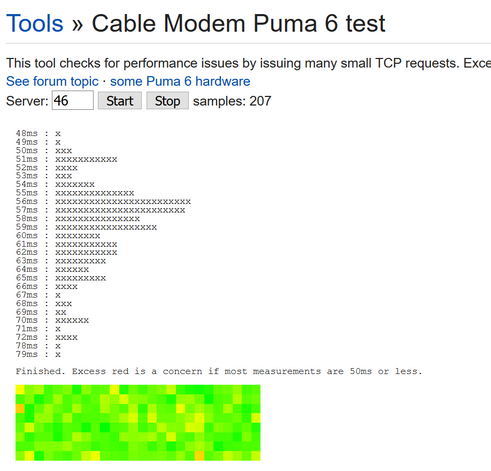 Not too much has changed visually in the hub settings. The status screen is quicker to update. The downstream channels are now in reverse order apart from #1. Mine used to roughly increase from 1 and 0.2 dBmV up to 20 at 5.5 dBmV. Now 1 is still  0.2, but 2 is 5.5 and they generally descend from there.

That's about all I could spot.

Adduxi
Super solver
2,877 Views
Message 5 of 15
Flag for a moderator

Does anybody know what is different in this new firmware? My Superhub 3 has just installed it when I rebooted it with the switch at the back.

Also the US decimal point shift is a bug.  VM are aware of the issues and are working to resolve the problems .....

I don't know if it's just my imagination, but web browsing definitely feels faster - pages seem to load noticeably faster.

Chade
On our wavelength
2,391 Views
Message 8 of 15
Flag for a moderator

Also received this new firmware recently, running SH3 in modem mode with a D-link DIR-882 router, I thought I'd noticed an improvement recently but wasn't entirely sure, the DSLReports buffer bloat test definitely got better with A+ A+ A across the board now. The Puma test was done with several other devices connected and using the wi-fi, the PC the test was run on was wired. 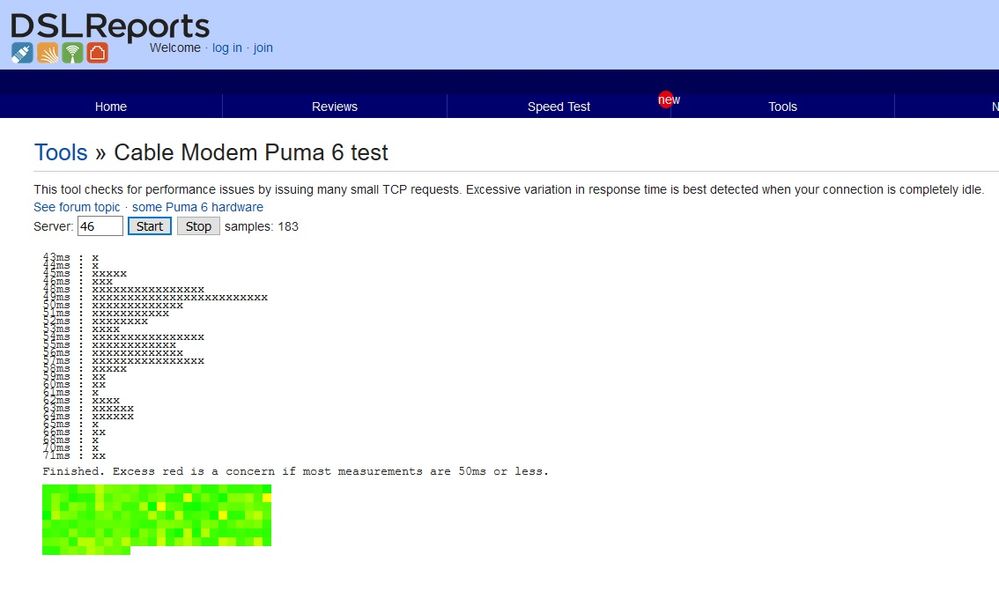 AliasNeo
Dialled in
2,280 Views
Message 9 of 15
Flag for a moderator

Rebooted my Hub last night and got the update, haven't noticed the slightest bit of difference.

I ran the Puma 6 test and it was no better or worse than before.

What area you lot in that have the update?

Not tried myself yet, but normally when I reboot nothing updates, so might just wait for it to be pushed to the HUB.
0 Kudos
Reply