I have had major issues with packet loss, ping and jitter over the past two months. I had a pretty consistent ping of around 30-38ms before when I was League, but now it is all over the place (50-250ms).

Yet it has hit a new low: 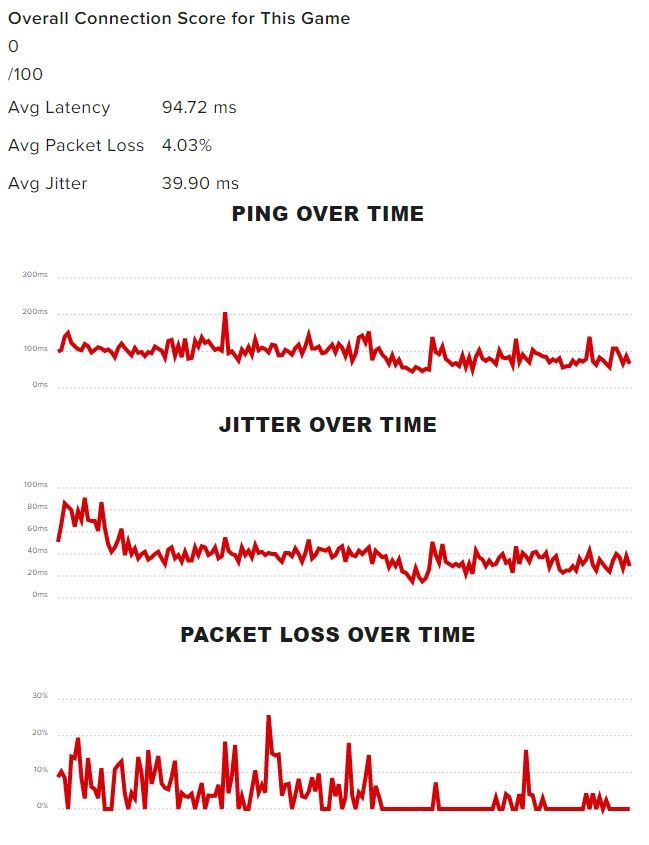 It has been consistently bad for two months, and this week I even bought a new Archer AX50 router, port forwarded, changed DNS to Google and tried to turn off other devices to minimise interference. It has not helped one bit, it is just as bad. I would just really like to know when we can actually expect something to be done about this? For all I know, nothing is being done to resolve this issue since nothing has changed for over two months now.