Hi, so since around Thursday/Friday last week I've been having serious broadband issues, I was hoping they would sort themselves out as I have been with Virgin for years and have never had problems like these before but sadly the problems are still here.

When gaming on steam (and elsewhere) I'm getting pings of over 2000, 8000, 24,000, and even over 50,000, its all over the place, this means that when I do something in game it doesn't actually happen until around 5 minutes later (I was playing with a friend last night and he was watching me do stuff that I had dones ages earlier - I wasn't even in the place where he was watching me).

Streaming video online seems to be a bit hit and miss, sometimes stuff plays (I might have to drop the quality down low) other times it just buffers badly and I have to give up.

My download speed in speed tests seems to be "ok", but it just doesn't feel as fast as it normally does (I'm online a lot so when something feels out of the ordinary I notice it).

My upload speed is awful, speed tests done yesterday and today have been -

My broadband package is M100 and I have my PC connected via a cat7 ethernet cable into my netgear nighthawk router, which is connected by cat7 into my superhub which is in modem mode, this has been my setup for over a year and I have had no issues (before that I was using the same setup but with an asus modem and cat5), I have powered off my complete setup for over 30 minutes and then turned everythig back on multiple times but its not helped.

Here are some screenshots of my hubs info pages - 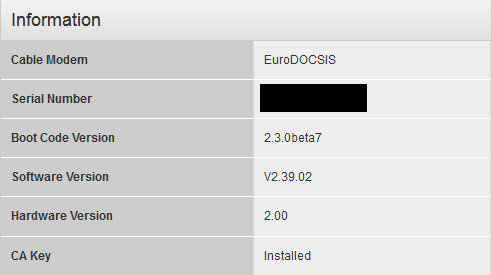 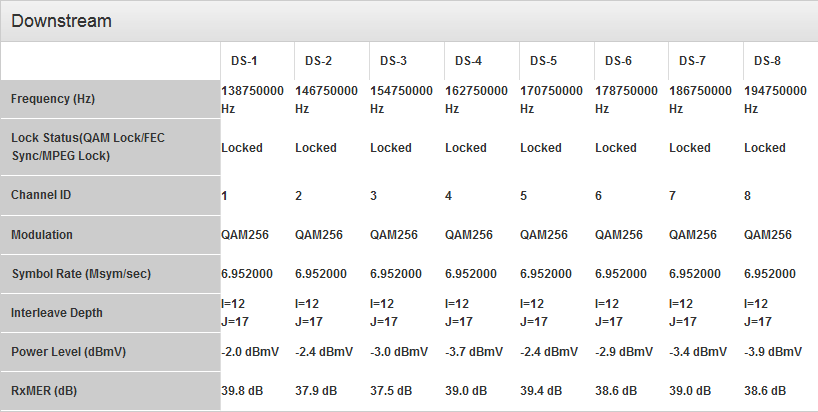 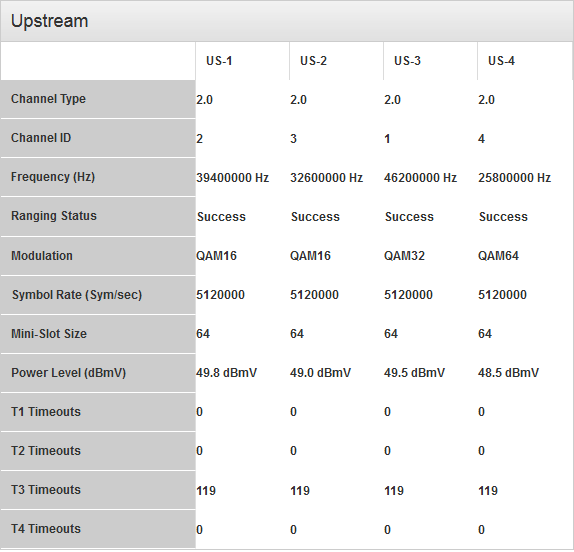 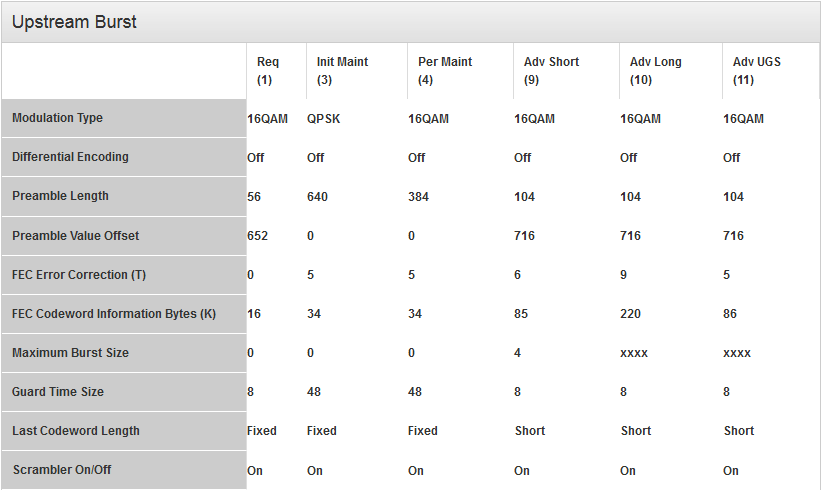 Garry-James
Joining in
1,040 Views
Message 3 of 22
Flag for a moderator

I would recommend using a Broadband Quality Monitor found at thinkbroadband.com
Other than that call CS and start the ball rolling.
Your connection should be better than that.

I'm just wondering if its a network issue in my area that's been going on for a week (no reports of any issues on the virgin media site), or if my superhub is dying as its the original superhub 1 (that I've had since virgin first started sending them out to their customers) and its on 24/7 365 (unless I'm away for a couple of days).

So to rule out it being my setup (netgear router etc) I took the superhub out of modem mode, then connected only my PC to it via an ethernet cable, I then loaded up the game I was playing the other night and my ping was still crazy high, I then did some speed tests (speedtest.net) and was constantly getting less than 1mbps still.

I've also now had my first T4 timeout (just 1 so far) to go with my stupid amount of T3 timeouts.

PS. It turns out that I'm not the only person with these problems as others have made their own topics about it.

The hub is likely fine its likely the network problem in your area.

The hub in router mode has a ping problem so leave it in modem mode or try with a PC in modem mode just power off the hub for 2mins to allow a change of MAC unplug replug the Ethernet cable to get in internet.

I have the hub in modem mode, I've also turned everything off for over 30 minutes to give everything a chance to clear at least 3 times since the problems started last week.

On the broadband monitor I'm just getting 100% packet loss even with my firewall completely disabled.

Thanks for posting and welcome to the community. I am sorry to hear of the broadband issues. From checking your account, I can see there is an SNR (Signal to Noise ratio) issue in your area affecting the service. The fault number is F007742924. The estimated fix date for this to be fixed is the 3rd February 2020.

Thanks for letting me know about the SNR issue in my area and the expected fix date, I'll monitor the situation and post again if there has been no improvement after that date.

This might be a really dumb question but I never claimed to be intelligent lol, how did you know my account number?

You're more than welcome 🙂

We got it from the details you've provided when signing up to the forums :). Hope everything sorts itself out soon but please do message us should you need us further.