Hello Roger_Gooner. how are you...

happy to explain what happened.

the surge came up the coax,  turned left at the coax splitter. picked the V6 tv box rather than the modem to explode. why I don't know.

next, the path of least resistance out of the V6 was the HDMI port on the back feeding my TV.

my gaming pc was also plugged into the same TV via HDMI port on my Nvid GTX graphics card.

I would be even angrier if my collection of Commodore machines where fried...

Virgin’s managers came to visit my flat, network manager accompanied by the

And what did they say about the melted piece of plastic that was your v6 box?

Up to the street cabinet. From the cabinet to peoples house was the customer services

Not arguing with that

It was talking with the network manager, he explained to me that the equipment in the

Street cabinet was all blown up that night.

I noticed virgin engineers where working in the cab the follow day.

Again which Cab?there are several, my money would be the one adjacent to the garage, as that looks like an active Cab.

So. how did it catch fire, millions of volts travelling down a 2mm conductor, designed to carry millivolts hitting the tapboard where there is nothing much to catch fire. however the current would be passed on to every device connected to the tap board, "blowing up" Hubs and V6s for fun.
Or. through the amplifier's connection to the main power supply, overloading the transformer?

That’s the only thing protecting customers.. I would have brought anything else I needed

to protect myself. Like my UPS and surge protectors… all bypassed by a single coax cable.

That doesn't make sense, read any technical article about  isolators, surge protectors and UPS, anyone with an ounce of knowledge will tell you the same, all useless against the ferocity of a lightening strike. You have been told this many times on the thread by many people, refusing to listen does not change the fact.

It was the London Fire bridge that cut a 2mt square hole and quite deep, in the front garden at the house that was on fire

to make the street safe.

Unusual to see Firemen moonlighting as navvies, usually they are a tad busy putting out fires and doing lifesaving sort of things.
I am not sure why they would need to see the cables unless they where on fire and wanted to put the out. They must have had a spare jackhammer on the fire tender to break through the concrete hard standing, as that is the type of specialist gear they carry. The easiest way to make the street safe would be to cordon off the immediate area.(done it myself quite a few times)

The Electric Companies Emergency response team would have attended, they carry things like jackhammers and shovels and usually have a 3T excavator on a trailer for these sort of things. As so many people were without power it looked like the electric distribution cable had blown due to the lightening strike and needed to repair the cable in the pavement. (Note the Fire Brigade are not allowed to dig up roads and pavements.) The lightening strike probably grounded at this point.

I don’t live in the same street, so I didn’t lose any power at all.

we did shared the same virgin cabinet.

Proof??
Bear in mind the trench scars in the pavement show the affected house was connected to a cabinet some 25m away. Following the trench scars in either direction to the next street in the direction of your arrow you come across other VM cabinets nearer to that street, unless you are connected to the same cabinet where the length of coax cable need would be around 250m at a minimum

If you check the photos ive already posted you’ll see the route of the surge..

Not proof of a surge, a surge would do much more damage.

I had a splitter on the coax. One going to the V6 box the other to the Modem.

The surge took a liking to the V6 box, not modem..

It is funny how it only selected one of the 2 virgin boxes to explode.

The surge went round the HDMI devices, not the power.

The V6 took the worst of it,, TV just died and smelt of fish, PC went crazy.

Funny that I blame the new smart meters

Lucky the Docsis signal is not so fussy as we would only have TV or broadband.

The V6 box wasn’t “melted” externally. I suspect the PCB inside it was vaporized

Much the same as the other chaps NAS box pcb.

My V6 exploded inside with the force of an airbomb firework. (Skool dayz)

I must say, the V6's seem to be very well made, it contained a powerful explosion without blowing apart in bits..

How I wish I'd taken it apart for a photo in the internals before it being taken away.

I didn't want to break any T&C's by opening it up.

The first engineer to arrive to swap the V6 explained to me – if he didn’t come back to his depot with my broken V6 Box – money would be deducted from his salary…I couldn’t force that on the poor chap.. could I ? I wish I’d have kept it as proof now.

The customer services manager who later visited said he would open the box for me, inspect it and let me Know… he never did.

I've asked for the V6 to be retunred once virgin had finished inspecting it offering to pay the postage.. still nothing.

My only proof of what happened has been taken away...

I would have sent it away to a lab to be examined given the chance.

The V6 had already been replaced prior to the manager’s visit.

They were looking at a dead TV&PC and now working V6, although the engineer

that had previously replaced the V6 was unable to set it up without access to a TV.

Nothing caught fire in my flat, the chap the live 2 doors away from the afflicted house..

His NAS box did explode and catch fire. We both had the same isolators fitted.

I felt the sorriest for my gaming pc.. gfx card fans non-stop at %100.. motherboard now fried thinking it's now a toaster.

I don’t know who dug the hole to be honest at 1:30am after swapping fuses in various

Items in my own flat, I’d had enough and went to bed. Fire brigade where there for hours. it was out of control for ages.

I had no idea it was all kickin off in the next street. 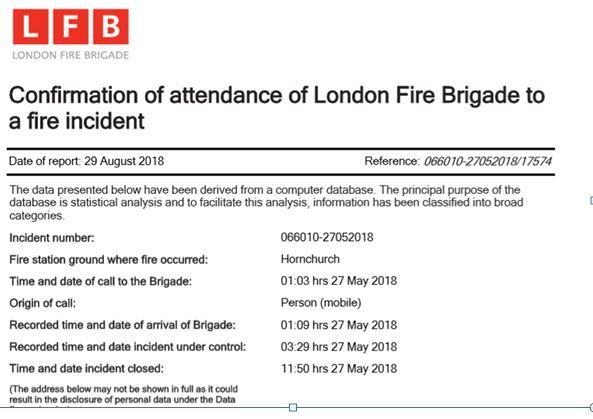 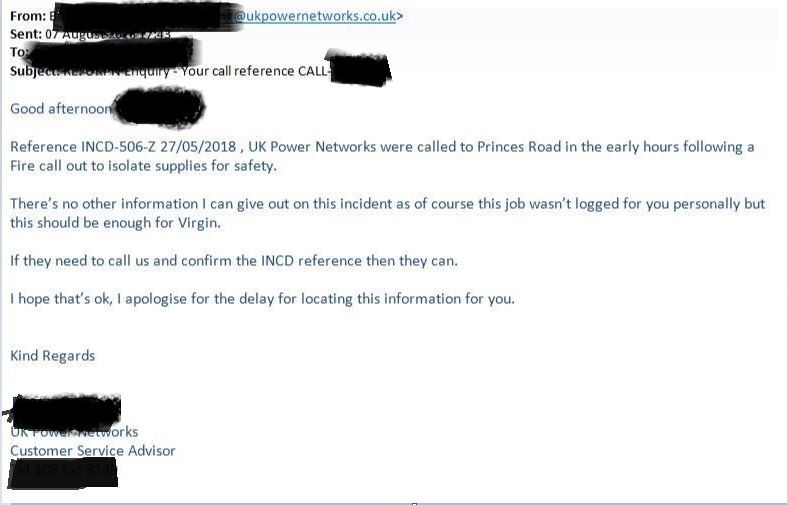 I've never said I was hit directly by the “Usain” bolt, I was just a virgin customer that night..

I live far enough away from that house not to see the half dozen fire engines in that street.

Does that help answer your questions.. ?

I did think the chances of actually talking was too good to be true..

This letter is pretty much the same as before….

No manager’s reports for you…… Nothing to see here!

We’ve deleted everything over 180 days old… Good on ya.. did you break your own rules ?

These are not the droid’s your looking for…….. I made that up

I’ve documented ALL the missing calls,times and dates and the synopsis of each chat. i have this forum to refer to for events.

An email arrives from the ICO asking me to resubmit my document.

I was aware of a backlog of cases at the ICO.

They couldn’t unzip my document when they tried today.

The deadline for the review was supposed to be this Friday the 8th..

If they haven’t unzipped my 46 page wonder until today. I’m not sure they will have time by Friday.

Maybe 2 days will be enough to decipher my ramblings. I’m keeping my fingers crossed.

This Is getting  hilarious now that u actually think u are going to get anything done, as other people have said go get a lawyer and go to court, if u think u actually have a chance of getting anywhere with it. Instead of using tax payers money on cab etc, where there time could be used on more extreme cases

The ICO have split my complaint into 2 sections.

I wasn’t supplied with my GDPR request In the time allowed.

Part 2 dealt with my missing calls and reports.

The ICO have reviewed their first decision, it was correct.

They have found in my favor, that virgin had failed to comply with it’s data protection obligations.

In dealing with the deadline to comply with my request.

The case review has upheld this decision.

Virgin have informed the ICO they have deleted everything over 180Days old..

The ICO have to take virgin’s assurances that they hold no more of my data.

The manager’s reports of their visit to my flat, where never entered into my account notes..??? how strange !!!

Virgin advised the ICO this is the case.

The ICO have suggested I take private legal advice from here on, or take the

case to my MP. (debating this).

I can do no more now myself. It’s now over to the CAB from here

After 9 months hard graft - I’ve done all I can personally.

No news from the Citizens advice… anytime soon.

Thank you, to my colleagues at work.

Today was my first day back after celebrating my birthday fortnight..

I was greeted with a (tone deaf) rendition of happy birthday…

I had to laugh at the jolly japes the team had setup….Posters everywhere I went in the building.

What a crack squad of I.T looneys I work with.

I Love ya ALL.

I hope you enjoyed the cakes ! 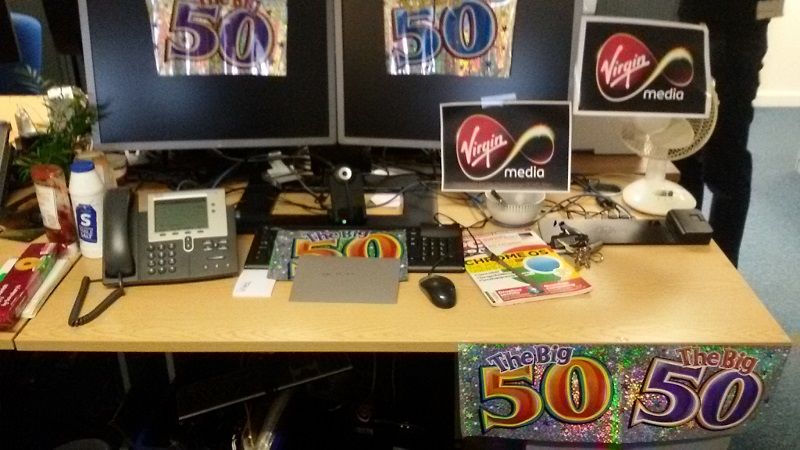 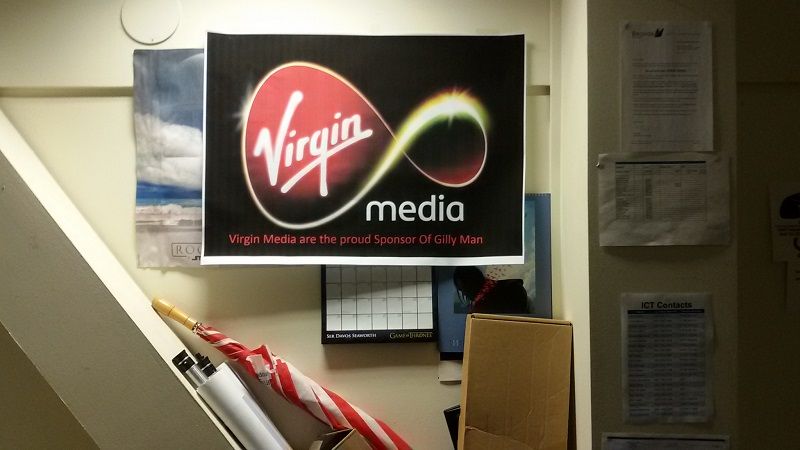 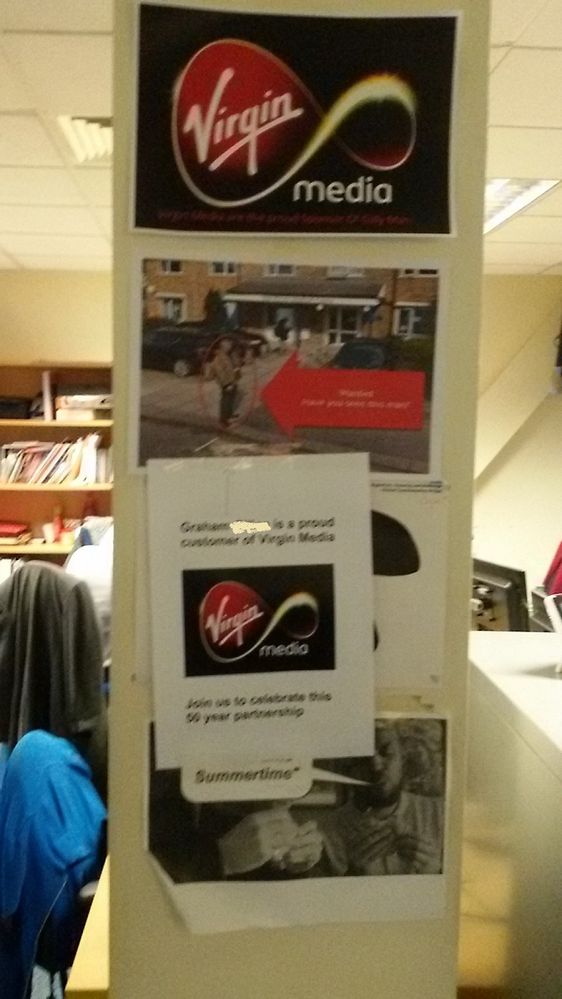 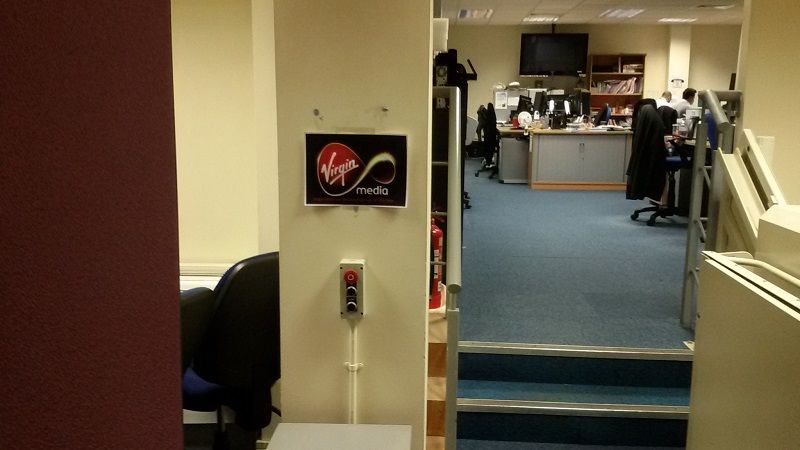 I've decided to take the ICO's case review advice, while I wait for the CAB.

I've written to the chairman of the Digital, Media, etc committee.

Damian Collins MP -  with my concerns.

I wouldn’t say I was wasting Damian’s time at all.
I don’t know if you have ever watched his select committee in action.
The parliament channel is one of the few I’m stuck with since virgin switched
Me off.
His committee has been dealing with sukerface’s gleggbook data miss use scandal.
He’s also conversant with GDPR, so he’s just the chap I’d like to contact.

I didn’t just decide to write to an MP. This is the process apparently.
I also apologized for writing to him only days away from Brexit.

It was the ICO that advised me to contact an MP next…
That and take legal advice, so I’ve covered both bases.