Can I start by saying I don’t have a complaint…well I do, but I work 8am to 6.30pm and so I cannot be on hold for an hour or more to resolve it, I am hoping it cures itself.

This board is called chatter and natter which suggests discussion rather than problem solving. So I wanted this to be a discussion rather than having a specific issue to solve. I keep reading complaints about people being unable to get in touch with VM and I read replies that appear to want to close the matter down by telling them to ring at 8am for the best chance to talk to someone when frankly that should not be the case. If everyone calls at 8am you have the same bottleneck as other times of the day.

I also think it is wrong to suggest that it is what it is, customer service by its very name implies it is a service, which I think forms part of the package you buy into, it should do what it says and be easily available.

For a lot of people TV, phone or broadband is essential so it is understandable that they get angry when they can’t talk to someone when there is an issue. Also, offering a call back service that is not honoured at all is unforgiveable. Spending days trying to get an issue resolved is not a service and is not justifiable however you want to spin it.

I read somewhere that VM have recruited something like an extra 600 CS people to deal with calls, if that is correct or not, I don’t know.  I also don’t know if it has cured any problems, there are still lots of complaints of being unable to talk to someone.

VM may well be doing all they can or possible as well as they can with the money they are willing to spend to solve these issues possibly.

That there are more problems than they can deal with does suggest that there is something wrong fundamentally. I am pretty sure this can be levelled at a lot of companies and VM are no different.

My past dealings with VM have been OK to be honest, I have managed to get issues solved with odd exceptions.

My frustration with the support on here, which you can get if you create a thread in the correct section, is:

Not sure how the logic in the system works, however it doesn't seem fair.

i guess the common sense approach is that if anyone feels the level of service they are getting is of poor standard then to vote with your wallet.

if enough do (and it outweighs churn) then eventually someone will take notice.

I actually think the broadband itself is very good and decent value. The problem is that if you have an issue, fault or want to change something then you're screwed. There is literally no way to get in touch and there's a feeling of complete hopelessness which boils over into anger.

Yes, you can try ringing at various times but as OP pointed out, that creates other bottlenecks and often doesn't work because of the disconnect. That seems to happen to a lot of people. If you read comments on social media and on here it's not so much the frustration of holding for hours on end but rather holding and then the line simply going dead. There's no feeling that you're progressing and getting closer to help.

Clearly, in "normal" times if your internet goes down then it's annoying but not the end of the world. These days if it goes down it can cost you vital income as so many people are working from home (47% of workforce government stats). There's also a slightly sneering attitude from some on these forums who dismiss people who are clearly at their wits' ends. Don't get me wrong people like @Andruser are super helpful and balance their comments with empathy and point out ways to complain. But others don't and the replies are condescending which often seems to agitate.

I understand that at this point writing a letter (per T&Cs) is perhaps the best way to terminate a contract and/or change something but you can surely understand the incredulity of many at hearing that the only way to get in contact is having to write to a company that markets itself as a leader in the communications sector.

A simple search of people complaining about the customer service shows roughly 200 complaints per day on Twitter alone all saying the roughly same thing. That's what makes this incredibly annoying as VM could go a long way to at least easing some of the frustrations (short of hiring more staff).

I think sgpray is right and hopefully people will do that. For my part, I've filed a complaint which I'll take CISAS (for all the good it will do), written to OFCOM and will absolutely be cancelling my contract once it's ended and that's purely down to the poor customer service. As I said, I think the broadband itself is decent. But I can't be in a position again where a fault isn't fixed.

Whilst I acknowledge and recognise all of the issues/suggestions and more (from >10 years on the fora) being posted here, I have to say that I have never had an issue getting through on the phone. Last time I tried just a few weeks ago I got through in 15 minutes at 1pm on a Wednesday afternoon. I also recently texted them and got a quick reply and the issue solved in 15 minutes. Maybe there is some "Area" variability or I am just lucky 🙂

For those who don't know, all the VIP's (e..g. me!) who patrol all the fora now have the capability to escalate a thread for VM attention and this gets a response from them usually within a few hours. I have done 3 or 4 today. But rather than "swamp" them and stop discussion, we dont do that many, we all want the input on the fora from all contributors which often helps solve the issues first. I (and I know many other VIP's do this) go through the Fora that I concentrate on at least twice a day and try and ensure that every post has at least been replied to once with helpful advice - if it hasn't I do it.

Best examples of where these fora work well for me (and VM) are in the networking and speed fora where a large number of issues are often related to problems with the users equipment and not the VM cabling/connection/kit - which would have been pointless contacting VM. E.g., bad ethernet cables, 10/100 network cards, unknown software, etc., all causing speed issues.

So we are fairly selective about which ones get the "flagging" treatment. These are those with... safety issues with Hubs, vulnerable customers, those with blindingly obvious ongoing issues that are not getting the obvious solution, those where clearly a tech visit needed, etc.  There will be some reasons, obvious to all, why some threads haven't been flagged!

Finally, if the system "fails" - as it has for me once or twice, there is VIP's only chat forum where we take a look at problematic threads and involve the VM hierarchy to alert them that this is a terrible experience for the customer and needs immediate attention - and it always gets it!

So it's not perfect, and we all agree that VM CS phone service needs improving - as they do themselves - but I would regard the Fora as the best way of looking at the issues before trying contacting them on the phone (some obvious exceptions apply like, checking for known faults, activating new equipment, pre-installation issues, etc). Also the fora are continually being refined to try and be more helpful in the future.

I posted this here; there's a few suggestions and the last 4 paragraphs are pertinent to use of the forum.  The whole post provides a bit of context.  What I omitted to state is, though, if users don't know what a CMD prompt (or whatever) is, they should just ask.  Manuals were stopped in 1993, if I recall correctly and online help isn't much cop and is confusing.

--
The only winning move is not to play.
No system is 100% secure
Ridicule is nothing to be scared of - Adam Ant
The only thing constant - is change. Chris Evans
The internet is a series of tubes
Windows Update isn't rocket science - if it were, it would work.
Unlike Monty Python, spam is never off.
Some video posts may contain swearing/inappropriate content for young children

I posted this here; there's a few suggestions and the last 4 paragraphs are pertinent to use of the forum.  The whole post provides a bit of context.  What I omitted to state is, though, if users don't know what a CMD prompt (or whatever) is, they should just ask.  Manuals were stopped in 1993, if I recall correctly and online help isn't much cop and is confusing.

You make really valid points and I suppose the other matter to bear in mind is that if this forum was not here imagine the absolute chaos that would be on VM's doorstep. With the vast amount of issues solved on this help forum I doubt VM would have a help desk big enough to cope. So the people on this board should be applauded for their effort in solving other peoples problems at the expense of their own time.

That said and taking on board that the problem solvers just want to clear up issues for people as quickly as possible it is only natural that people want to vent, if they are struggling to talk to anyone at VM and their frustration has become intense this seems the ideal place to let rip with how you feel. It isn't aimed at the person trying to help them but at what appears like VM's disinterest in helping them.

if they are struggling to talk to anyone at VM and their frustration has become intense this seems the ideal place to let rip with how you feel. It isn't aimed at the person trying to help them but at what appears like VM's disinterest in helping them.

i could think of better places to do it

if they are struggling to talk to anyone at VM and their frustration has become intense this seems the ideal place to let rip with how you feel. It isn't aimed at the person trying to help them but at what appears like VM's disinterest in helping them.

i could think of better places to do it 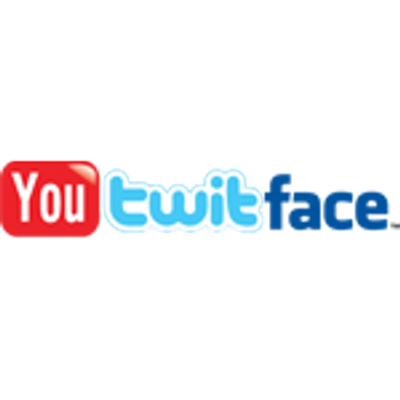