The crux of this post is a request, I'd like to know who I can speak to in order to get some progress with my installation.

Backstory: I moved house in early October, new property doesn't have VM; it's not in the street at all. I had requested that my existing contract is moved to the new address so VM subsequently "sent" a spotter to my address and the spotter had concluded that the installation could not be progressed.

I wasn't happy with this as I had already identified a route for VM to run a cable from a CATV manhole in an adjacent street and sought permission to run it along my neighbour's wall. VM said there's nothing they could do.

Looking online I found that Virgin Media Business (VMB) being more expensive had a higher budget for new installs. I hesitantly signed up with their 500mbps service in mid-October. External cabling contractors showed up a week later, just like the spotter, they said "no can do" and I explained that my neighbour was okay with a cable crossing their property from the adjacent street, they had a look around and agreed that was a viable option, pending written permission (wayleave form) from the neighbour. After numerous phone calls, VMB emailed a wayleave form on 2nd November, I emailed a scan of the completed form to them the next day.

I spent the whole of November calling VMB every two or three days to try and get updates and/or hurry the process on. By early December, three planned installation dates had passed as external cabling works were not done. I was so sick of not only the unexplained delays but also the attitude from the VMB Philippines call centre staff, don't get me wrong, some were nice and tried to help but most were condescending and dismissive. I called VM back on 3rd December and asked why they couldn't run the same cable that VMB had agreed to run, I was told that they could. I was told they would need a few days to transfer my address back from the business side to residential then an order would be placed bypassing the spotter and arranging the same cabling works that VMB were supposed to do. A few days later (7th), I called back asking how this was progressing and I was told no such thing could be or had been done. I would have to cancel the VMB order myself.

Obviously my next call was to cancel VMB, that took almost an hour of pleading, arguing and attempting to escalate to a manager/supervisor. They eventually emailed to say the cancellation was requested. I called a few days later (10th) and they said cancellation is scheduled for 30th December! I was like WTaF?

So here I am, 2.5 months down the line. I've spent hours on the phone to be told that I have to be patient, that the next installation date will go ahead, that the order manager will call me back with an update. I've run out of patience, no progress was made on the order and nobody ever returned my calls. I've been calling both VM and VMB to try and speed up the cancellation so I can place a new order with VM. I am almost certain that when I do, a spotter will just stop the order in it's tracks despite me trying to communicate the outline of this backstory every time I call. Surely there is an escalation procedure available for situations like this?

BTW, the current broadband at my property is through BT. They provide 10mbps which apparently is the minimum under their universal service obligation, they aren't interested in improving that and to be honest I'm not interested in pursuing broadband through a BT line either. 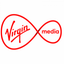 Hi @bly, welcome to our Community Forum and I'm sorry to hear about the installation issues you're experiencing with us. I'm going to send you a Private Message to grab some details from you, please keep an eye out for it on the top right of your screen.

Thank you for taking my message and escalating the issue. The result was a fairly swift cancellation of the business order.

As soon as the business order was cancelled, I enquired about placing a VM order and was told that my address needs to be reverted from a business to a residential address. Great, let's get this done! As of this morning, I have requested the change of address status four times. Each time I'm told it would take 24-48 hours and I would be contacted afterwards, which obviously has not happened so I call back to enquire and do it all over again.

How can I get this done and proceed to the next stage of placing an order?

Thank you so much for your post and I am so sorry that this has happened!

I'm going to send you a PM now so we can look into this a bit further.